What Is Sleep Apnea? Do You Have It? Should You Do Something About It?

You probably remember the news coverage of both the NJ Transit crash at the Hoboken terminal in 2016 and the Long Island Railroad crash at Brooklyn’s Atlantic Terminal in 2017. Federal investigators have found a very interesting and disturbing connection between these two seemingly unrelated crashes; both train engineers suffered from undiagnosed sleep apnea.

Many people have never heard of sleep apnea, and many of those who have may think it’s a nuisance and nothing more. Sleep Apnea is an involuntary cessation of breathing that occurs while someone is asleep. The reason why so many people think that sleep apnea is not a big deal is that loud snoring is a common symptom and snoring is something we have become accustomed to dealing with. Other symptoms include episodes of your breathing stopping entirely while asleep, waking up short of breath, insomnia, difficulty staying awake, and irritability.

Sleep apnea is very common, as common as type 2 diabetes, but far fewer people seem to be aware of it. 22 million Americans suffer from sleep apnea, according to the American Sleep Apnea Association, or 25 million, according to the American Academy of Sleep Medicine. If left untreated, sleep apnea can have serious consequences including high blood pressure, heart disease, stroke, automobile accidents (caused by falling asleep at the wheel), diabetes, depression, and other ailments.

As a result of the federal investigators looking into the two train crashes in our area, NJ Transit has screened all of its 373 locomotive engineers. 57 of them have been removed from their jobs, and 44 of those have tested positive for sleep apnea. NJ Transit has stated that it has been screening for sleep apnea since 2005 but stepped up screening a month after the Hoboken crash.

As of November 2017, the MTA had screened 9,729 of its 17,000 employees who drive trains, buses, and commuter rail lines. 2,079 of those have been referred for sleep studies, meaning they are considered at risk for sleep apnea, and 1,185 of them were diagnosed with sleep apnea. While it’s great to see that screening is happening, 57% of MTA employees that operate vehicles have not yet been tested for sleep apnea. In August, the Federal Railroad Administration (FRA) and Federal Motor Carrier Safety Administration said it would no longer push for mandatory sleep apnea screening rules which attracted a lot of criticism after train crashes like these have been found to be a result of untreated sleep apnea.

Even if you aren’t driving vehicles all day, it’s important to be aware of sleep apnea and to be tested if you exhibit symptoms. Sleep apnea leads to a number of life-threatening conditions and it seriously impacts your quality of life. If you’re always tired during the day, can’t sleep at night, wake up with headaches, wake up short of breath, and feel irritable every day, that is going to impact your overall happiness. The good news is, sleep apnea is treatable and it’s not something you have to just deal with.

Most cases of excessive snoring and sleep apnea are rooted in the same cause: a blockage of the airway between the nose and the voice box. A partial obstruction of this airway will result in snoring, while a complete obstruction will result in the temporary cessation of breathing that is the primary symptom of sleep apnea. The blockage occurs when the muscles that support your soft palate, tonsils, uvula, and tongue relax, causing the airway to narrow and these anatomical structures to fall back toward the throat. 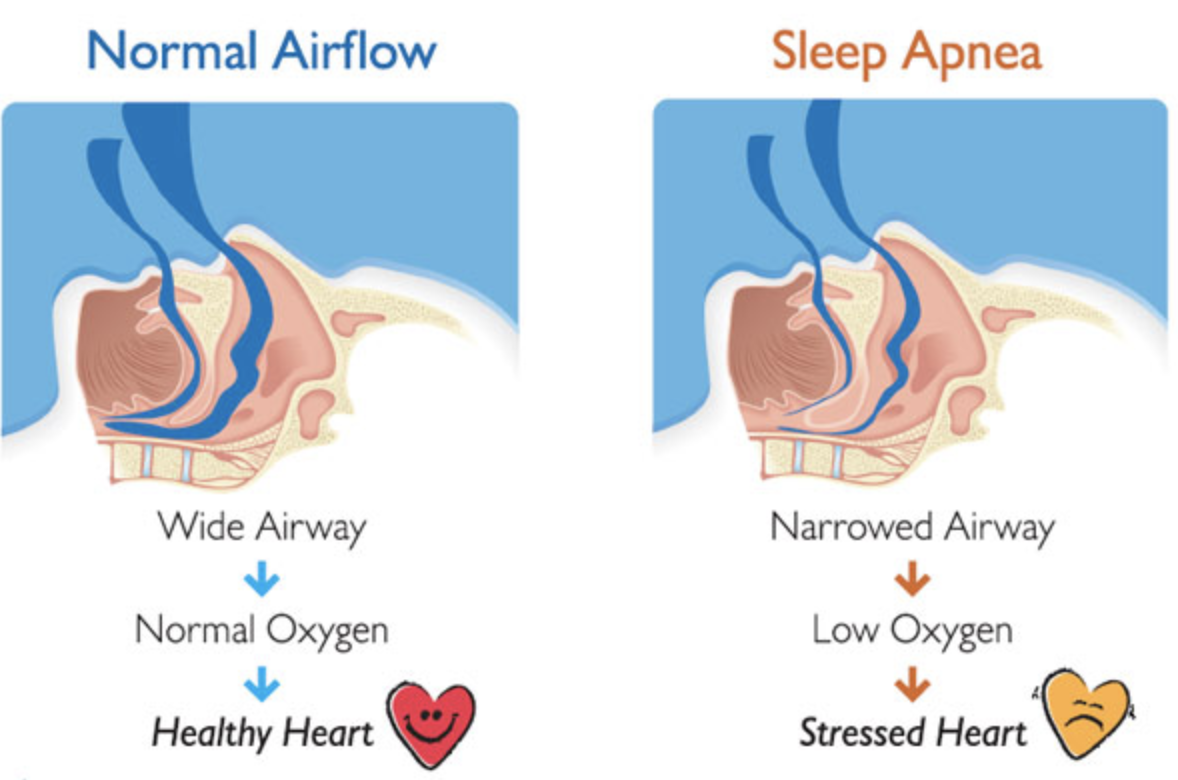 Because of these variables, our dentists will collect information about your medical history and examine your mouth, jaw, and throat before recommending a course of treatment. We find that many of our patients respond well to intraoral appliances that help to keep the airway open during sleep. The device fits comfortably in the mouth; it moves the jaw and tongue forward and causes the muscles of the airway to relax. This prevents the airway from becoming obstructed, allowing patients to sleep peacefully throughout the night and feel good throughout the day. Many of our patients report instant relief and none of them have reported that they can’t wear it. We find that our patients never go back because they just don’t sleep as well without it.

While we have helped countless patients with intraoral appliances, there are some rare instances of sleep apnea in which the brain simply fails to deliver the proper signals to the muscles involved in breathing. In these cases, our dentists will refer you to a sleep disorder specialist who can provide the treatment you need. If you’d like to learn more about sleep apnea or sleep apnea treatment, we encourage you to read more about our process.